Women belong at the Peace Table. in Central Asia, too

Women belong at the Peace Table. in Central Asia, too

Interview with Armands Pupols of the UN Regional Centre for Preventive Diplomacy for Central Asia:

The evidence is clear: Peace processes that systematically and meaningfully include women, and civil society more broadly, are more likely to generate broad national ownership and support and are therefore more likely to lead to more sustainable peace. This is what Security Council resolution 1325, the text that formally enshrined the women, peace and security agenda (WPS) at the UN in the year 2000, is all about. In its special political missions, the Department of Political and Peacebuilding Affairs (DPPA) has specialized staff – called Gender Advisers or Gender Focal Points – who advise Special Envoys and Special Representatives of the Secretary-General on how to promote women’s political participation, make peace processes and prevention efforts more inclusive, and include a gender perspective in their political and conflict analysis. Missions provide support to women’s groups or women’s leaders platforms and organize networking meetings. In countries where the UN is supporting a peace process, Gender Advisers organize consultations with civil society and women’s groups and provide advice on ways to include women in the process, for example through the application of quotas or the establishment of a women’s advisory board. The Department also promotes women’s political participation in elections, including through advising on temporary special measures, such as quotas, in its electoral support. 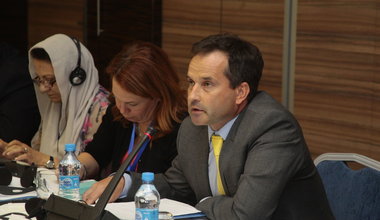 Armands Pupols has been working for international organizations for the past twenty years. He started at the OSCE field offices in Bosnia and Herzegovina in the late 1990s. Afterwards, he worked in the OSCE Centre in Almaty, Kazakhstan. In 2004, he joined the Conflict Prevention Centre at the OSCE Secretariat in Vienna. Since 2008 he has been part of the UN family working in and with political and peacekeeping missions in Central Asia and Africa. Currently he holds a Human Rights and Political Affairs Officer position at the UN Regional Centre for Preventive Diplomacy for Central Asia (UNRCCA). He studied international relations and economy in the Latvian University, the Budapest University of Economic Science and the Swinburne University of Technology, Melbourne, Australia.

Security Council resolution 1325, which reaffirms the fundamental the role of women in peace processes, turns 20 this year. To mark the anniversary, we have been asking some of our gender focal points around the world about what changes they have seen on the ground and what is being done to scale up the active and meaningful participation of women in work to end conflict, rebuild societies and improve governance.

First in our series is Armands Pupols, who advises the Special Representative of the Secretary-General (SRSG) and head of the UN Regional Centre for Preventive Diplomacy for Central Asia (UNRCCA) on gender-related issues. The Centre is located in Ashgabat, Turkmenistan, and undertakes political engagement and preventive efforts in support of the five Central Asian countries: Kazakhstan, Kyrgyzstan, Tajikistan, Turkmenistan and Uzbekistan.

After 20 years, how has the women, peace and security agenda translated into change on the ground in Central Asia?

Armands Pupols: To illustrate that, I have to give some background information on the region. There was a major civil war in Tajikistan, which started in the early 1990s and came to an end with the peace agreement signed in 1997 and parliamentary elections held in 2000. Another security crisis we had in the region, after the Tajik civil war in which the UN was engaged in terms of conflict settlement and post-conflict rehabilitation, was in Kyrgyzstan in June 2010, when more than 700 people died in ethnic clashes. When we compare the involvement of women in the peace processes in Tajikistan – before the Security Council resolution 1325 on Women, Peace and Security (WPS) was in place – and the events in Kyrgyzstan, where the WPS agenda had been in place for ten years, we see that the role of women in Kyrgyzstan was much more significant. 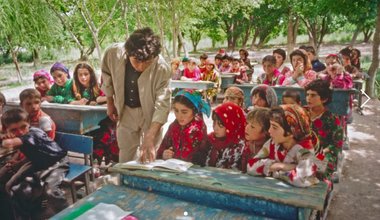 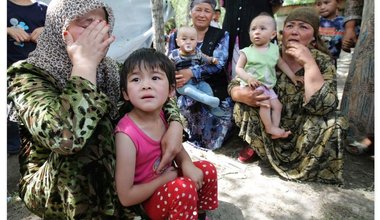 In Kyrgyzstan, Roza Otunbayeva, interim President and prominent female politician, was in charge of ending the crisis and peacebuilding efforts. Women were involved in all aspects of the post-conflict reconstruction and were appointed to different positions in the Kyrgyz ministries, e.g. as the Head of the National Bank, Chairwoman of the Supreme Court, Minister of Health, Minister of Finance, and Chair of the Accounting Chamber. To our knowledge, there were no significant women involved in the peace agreement in Tajikistan. So, if we are looking at the data of who participated in these two peace processes, Security Council resolution 1325 was quite successful in Central Asia in furthering women’s involvement in conflict resolution and peace processes. We can definitely say that the role women play in the region in conflict and post-conflict situations has increased significantly. 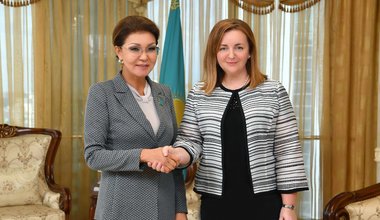 Additionally, I would like to highlight that currently, the chairpersons of the parliaments – the number two in the country, who heads the legislative branch of power – in three Central Asian countries, in Turkmenistan, Uzbekistan and Kazakhstan, are female. This is an encouraging factor.

What does it mean to be the gender adviser in UNRCCA?

I can divide my tasks into two segments. One segment is related to the office itself. As a gender adviser, I have to bring to the attention of the Special Representative of the Secretary-General (SRSG) and staff of the UN Regional Centre for Preventive Diplomacy for Central Asia (UNRCCA) all UN gender related decisions, guidance and other relevant documents and, if necessary, to facilitate their implementation.

The other part refers to our substantial work, which I do together with my colleagues. We encourage female participation in our projects through approaching local governmental and non-governmental counterparts. We also make sure the content of our activities reflects gender aspects. Additionally, we always explore possibilities to hire female experts and lecturers. When the SRSG conducts her good offices functions in the region, we make sure that gender related messages are reflected in her speeches, interviews and talking points.

Can you give an example of some of the efforts that you and your office are undertaking to include women at different levels? 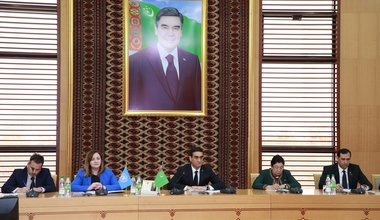 We are intensifying our work on the women, peace and security agenda to provide a platform for expanding the involvement of women in governmental and public affairs throughout the region. We are currently working on creating a network of women in high-level positions in Central Asia to contribute to trust building.

As a general practice, we apply a gender approach to all our activities. Under our joint UNRCCA-UN Office of Counter-Terrorism (UNOCT) project, aimed at the implementation of the UN Global Counter-Terrorism Strategy in Central Asia, we particularly focus on addressing the conditions conducive to the spread of terrorism (pillar 1) and measures to ensure respect for human rights for all and the rule of law as the fundamental basis for the fight against terrorism (pillar 4), which include a strong gender component. For instance, we look at different roles women and men are playing in terms of countering terrorism and fighting violent extremism.

Last year, UNRCCA launched its new strategy entitled “Supporting Central Asian Regional Cooperation on Trans-Boundary Water Management”. One of the objectives of this strategy is to promote gender mainstreaming in water management, including addressing the need for more gender-disaggregated data. We also focus on sociological issues, like the need to challenge stereotypes and encourage greater participation by women in local and national decision-making. 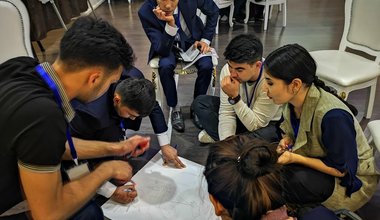 Another project I would like to highlight is our UNRCCA Preventive Diplomacy Academy. It is a series of cross-border activities in preventive diplomacy, inter-cultural communications, conflict resolution and leadership, designed for young people.  In order to facilitate the equal participation of young women and men, UNRCCA has introduced a quota-based approach. Moreover, the women, peace and security agenda is an important component of all training curriculums.

What is the greatest opportunity for progress in the inclusion of women in Central Asia?

From our experience, the process on regional cooperation has been very much male-driven. There is an opportunity to include more women in this process. Female engagement can bring more added value in terms of confidence-building and trust-building. Therefore, we are looking at the possibility to support the creation of a women’s network in the region.

What achievements do you hope to be celebrating for the 30th anniversary of 1325 in 10 years?

I am hoping that the engagement of men and women and equality will become more natural.  States would not need any specific UN guidance or policies anymore. It is a challenging task, taking into consideration not only political, economic and social, but also cultural factors. However, the dynamic in this field is positive.

In 2016, the Department for Political Affairs (DPA, predecessor to DPPA) established a Gender, Peace and Security Unit (GPS), which oversees the Department’s implementation of the WPS agenda. The GPS Unit has the responsibility to develop policies, build the capacity of women involved in peacebuilding and support DPPA’s mission and headquarters staff in implementing Security Council resolutions on WPS and conflict-related sexual violence (CRSV). The Department’s approach to implementing the WPS agenda is gender mainstreaming in all of its work, which means that this work is not only the responsibility of gender advisers, but the responsibility of every single DPPA staff member, from the team assistants to the Under-Secretary General.

Full interview is available at: https://dppa-ps.atavist.com/women-belong-at-the-peace-table-in-central-asia-too