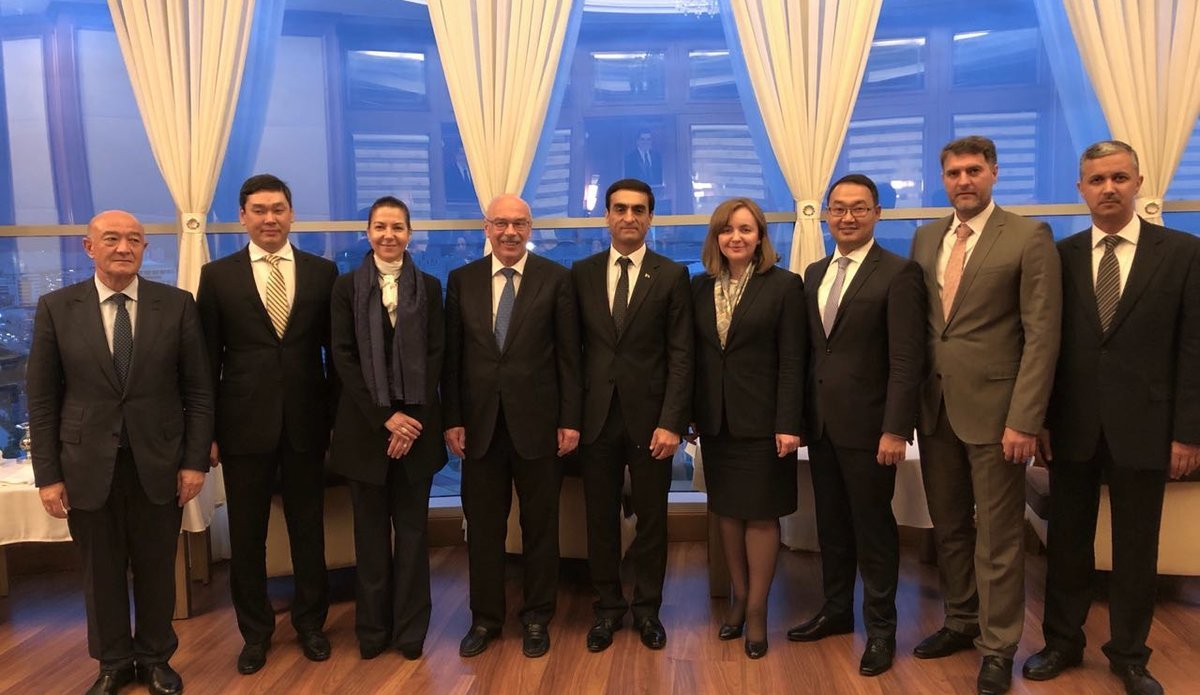 High Level Launch of the Third Phase of the Counter-terrorism Project in Central Asia (Ashgabat, 30 April 2018)

In June 2017, a High-Level Dialogue in Ashgabat gathered leaders of Central Asian States to review what has been achieved in their joint efforts in implementing the United Nations Global Counter-Terrorism Strategy (UNGCTS) (A/RES/60/288) in Central Asia, known as the Joint Plan of Action (JPoA). More importantly, the Dialogue provided leaders an opportunity to discuss the emerging counter-terrorism and prevention of violent extremism challenges faced by the region and to forge the path ahead.

In order to assist Central Asian countries to adequately respond to emerging challenges of fighting terrorism and preventing violent extremism in the region, as well as to provide continued and coordinated UN System support to the regional countries in implementing the JPoA, the United Nations Office of Counter-Terrorism (OCT) - United Nations Counter-Terrorism Centre (UNCCT) and the United Nations Regional Centre for Preventive Diplomacy (UNRCCA) have decided to jointly develop Phase III of the project.

Phase III will cover three years. Activities under Phase III will be based on the common priority areas identified through the 2017 High Level Dialogue and the General Assembly resolution 70/291, adopted during the fifth review of the UN GCTS in July 2016, recommendations received during the previous phases, as well as from consultations with Central Asian officials.

The project main activities will include supporting Central Asian countries in their development of national and regional CT/PVE strategies upon their request, providing capacity-building assistance to the Central Asian counties in the priority areas of concern in their fight against terrorism and violent extremism, exchanging best practices in preventing violent extremism in light of the priority areas highlighted in the UN Plan of Action to Prevent Violent Extremism which find resonance in Central Asia, and cooperating and coordinating with regional and international organization in their efforts of combating terrorism in the region.

As with the previous two phases, phase III of this project will be jointly implemented by UNCCT and UNRCCA in Ashgabat, in partnership with the Central Asian countries (Kazakhstan, Kyrgyzstan, Tajikistan, Turkmenistan, Uzbekistan), CTITF entities and regional organizations including CARICC, CICA, CIS, CSTO, EU, INTERPOL, NATO, OIC, OSCE, ODIHR, SCO-RATS and SCO.

The Third phase of the Project officially was launched during a High-Level Meeting in Ashgabat, Turkmenistan, on 30 April 2018.