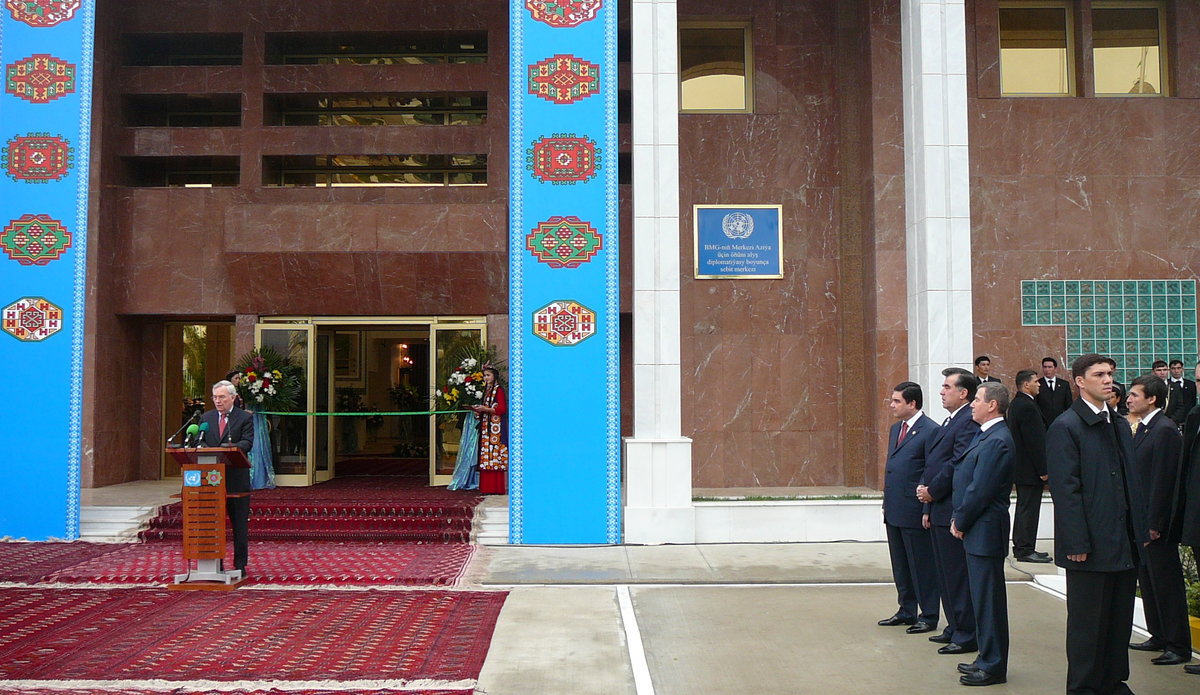 The United Nations Regional Centre for Preventive Diplomacy for Central Asia (UNRCCA) is a special political mission of the United Nations Organization established in 2007 in Ashgabat, Turkmenistan upon the initiative of the five Central Asian states. The role of the Centre is to identify and address existing and potential threats to regional stability. In addition, the Centre facilitates partnerships between the governments of Central Asia in cooperation with regional and international organizations.

Establishment of the Regional Centre was preceded by several years of consultations between the UN and governments of the Central Asian countries, the later succeeded in 2007. It was already in May of 2007 that, UN Secretary General, informing Security Council on his intention to establish the Centre, noted that five governments of the Central Asian states had reached a consensus on setting up the Regional Centre on Preventive Diplomacy for Central Asia (UNRCCA) in the city of Ashgabat.  In the view of the five states of Central Asia, a positive image of the UN as an authoritative organization which was able to create conditions for negotiating and reaching agreements, and taking into account the interests of all nations of the region was the determinant factor in this process.

The inauguration of the United Nations Regional Centre for Preventive Diplomacy took place on 10 December 2007 in Ashgabat. While initiating this proposal, the Governments took into consideration the multiple threats that face Central Asia, including international terrorism and extremism, drug trafficking, organized crime and environmental degradation.

Centre promotes a dialogue between the governments of the Central Asian countries in finding solutions for emerging problems and eliminating potential threats; to keep regular contacts with international organizations, operating in the region, to stimulate their peace-making efforts and initiatives; to cooperate with other UN Agencies, working in the field of sustainable development and conflict prevention.

In its activity the Centre follows a principle of impartiality. It does not insist on application of already existing solutions of the problems, but tries to facilitate elaboration of local models, adapted to the specifics of the Central Asian region.