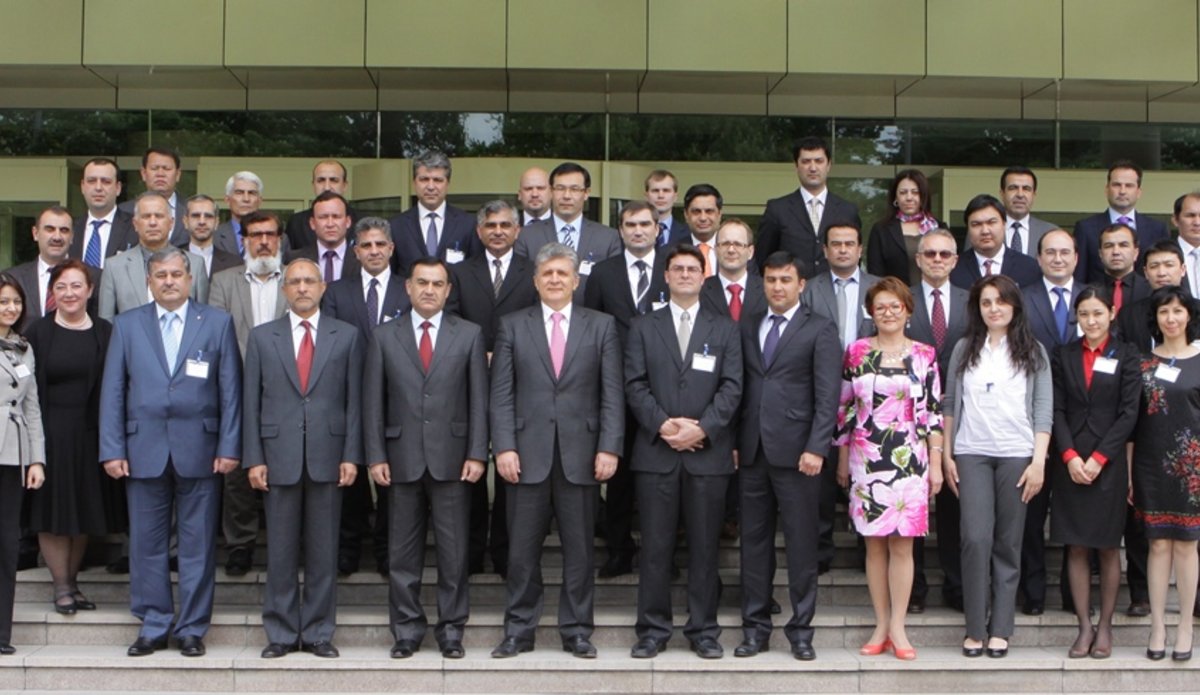 A seminar “Challenges in addressing the illicit drugs problem in Central Asia in the context of withdrawal of international forces from Afghanistan in 2014”, organized by UN Regional Centre for Preventive Diplomacy for Central Asia (UNRCCA) in cooperation with the UN Office on Drugs and Crime (UNODC) and with support of the Government of the Republic of Tajikistan, took place in Dushanbe on 23-24 April 2013.

The event was organized within the framework of the Centre’s strategic dialogue series on important topics related to security and stability in the region. It gathered participants from the Institutes of Strategic Studies and other relevant state structures of the Central Asian countries, as well as representatives from Iran, Afghanistan, Pakistan and Russia, regional organizations and independent experts.

The seminar covered overall security related dynamics in the region, possible trends in illicit drug production and drug trafficking, increased linkages between drug trafficking and terrorism and extremism, impact of drug related organized crime on state functioning as well as bilateral and regional cooperation, and the role of international and regional organizations in addressing illicit drug problems.

An analysis of the situation and activities of different actors involved in policy making related to fight against illicit drugs were produced, and a set of recommendations, particularly the ones related to preventive measures, were developed during the seminar.

Click here to view the publication developed after the seminar.