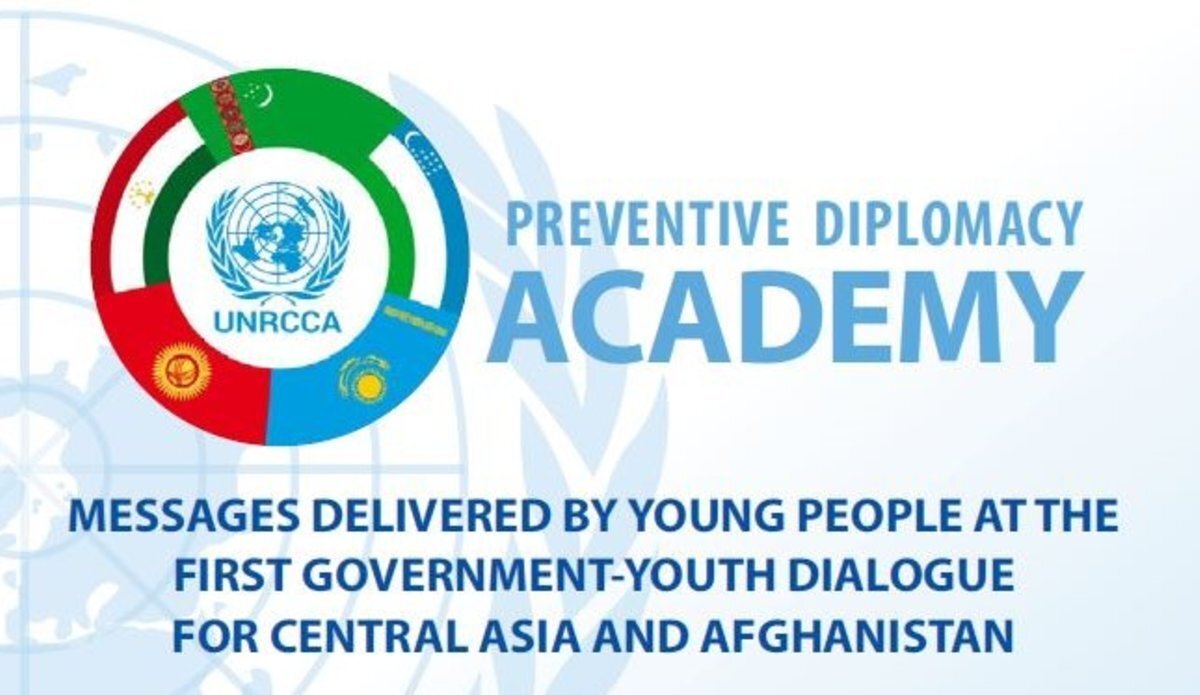 During this event, UNRCCA organized the first-ever Government-Youth Dialogue for Central Asia and Afghanistan. In this session, young people from all six countries had the opportunity to present their views on regional peace and security issues, including the contributions that young people themselves can make – and in many cases already are making. The dialogue was the culmination of the UNRCCA Preventive Diplomacy Academy project in 2019.

The publication, “Messages Delivered by Young People at the First Government-Youth Dialogue for Central Asia and Afghanistan,” contains the messages of these young leaders from across the region, as they shared them with the Deputy Foreign Ministers in Tashkent. They are divided into five themes – intercultural exchange, youth participation in decision-making, the fight against terrorism, gender equality and preservation of the region’s water resources.

The publication abovementioned in English & Russian is available here: